BLOOMFIELD HILLS, Mich.-(BUSINESS WIRE)-Conceivex, maker ofĀ The Conception KitĀ® at-home systemĀ to treat infertility, said today that the recent study published inĀ Human Reproduction UpdateĀ ā that found a 59-plus percent decline in total sperm count and more than a 52 percent fall in sperm concentration over the last almost 40 years ā is only the latest indication that millions of couples increasingly require assistance to overcome the challenges they face in starting, or adding to, their family.

Led by Dr. Hagai Levine of Hebrew University of Jerusalem, an international team of researchers examined thousands of studies and then conducted a meta-analysis of 185 studies of men from North America, Europe, Australia, and New Zealand. These included 42,935 male participants who provided semen samples between 1973 and 2011.

āThe emerging body of evidence is clear, getting pregnant today is more difficult, expensive, and often requires help from a doctor,ā? Conceivex Founder and PresidentĀ Michael La Vean, said, āand it speaks to reasons why couples, clinicians, and employers who want to deliver a fertility benefit, see theĀ Conception KitĀ as the first step in the continuum of fertility care. As a treatment that enhances the likelihood of conceiving naturally, it is affordable and respects the privacy of men and women via its at-home use.ā?

Specifically indicated as a treatment for low sperm count and motility, theĀ Conception KitĀ is available only via prescription, which brings couples together with their doctor early on their path to conception. āWe were inspired to create theĀ Conception KitĀ to assist couples in becoming pregnant precisely because we recognized the trend toward lower sperm counts,ā? La Vean added.

The FDA required a clinical trial on placement of theĀ Conception KitāsĀ Conception CapĀ®Ā (a cervical cap that is used for insemination at home and increases the likelihood of conception) and instructions by patients. While the trial focused on womenās ability to use theĀ Conception Kit, understand instructions, and place the Conception Cap correctly, the most exciting outcome was that 24 percent of the couples in the at-home study became pregnant within the first month. Patients who had struggled to conceive prior to using theĀ Conception KitĀ and had attempted other forms of assisted reproduction were enrolled in the study.

āWith more than 20 million women affected by infertility today, and men equally in need of support, we created theĀ Conception KitĀ to help couples get pregnant without the need for hormones or drugs, and with as much ease as possible,ā? La Vean said. āUnder a doctorās care, and with the convenience and privacy of at-home treatment, theĀ Conception KitĀ makes it possible for couples to take charge of their own fertility.ā?

La Vean also noted a recent report byĀ FertilityIQĀ which found that fully-loaded, per treatment cycle costs of IVF are now $23,050, or nearly double the $12,400 that has been historically reported, effectively putting such a treatment out of reach for many couples.

The Conception Kit, which is available to couples via their existing insurance coverage for a modest $0-$50 co-pay, provides three months of supplies (including 24 ovulation predictors, three pregnancy tests, along with three Conception Caps, and a number of additional aides) ā that, in many cases, would cost more over-the-counter than the total amount of a co-pay.

What You Need To Know

The Conception KitĀ® at-home system is a new way to get pregnant in the privacy of your home, FDA cleared, prescribed by a doctor and covered by insurance.

The Conception KitĀ® at-home system gives women and couples health care products to assist them in reaching their reproductive goals.

The Conception KitĀ® at-home system is the perfect addition to fertility medications.

Want to secure your Conception KitĀ® at home system?
Please fill out the fields below to receive physician, pharmacy and patient instructions. 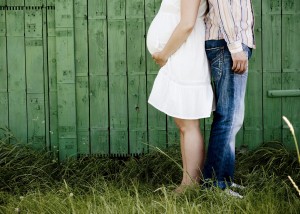